Before I began my journey with Forum­-Nexus, I had a feeling that Paris would be my favorite city. It sure did not disappoint; I fell in love with Paris! Exiting the train station on the bus ride to the Eiffel Tour, I got my first glimpse of the city. The French/Victorian style architecture is something that I had never really seen before. Sometimes you just do not realize how young America is as a countryin terms of architecture, and though I have traveled some within the United States, growing up in South Dakota doesn’t exactly make me architecturally cultured or cultured in general. 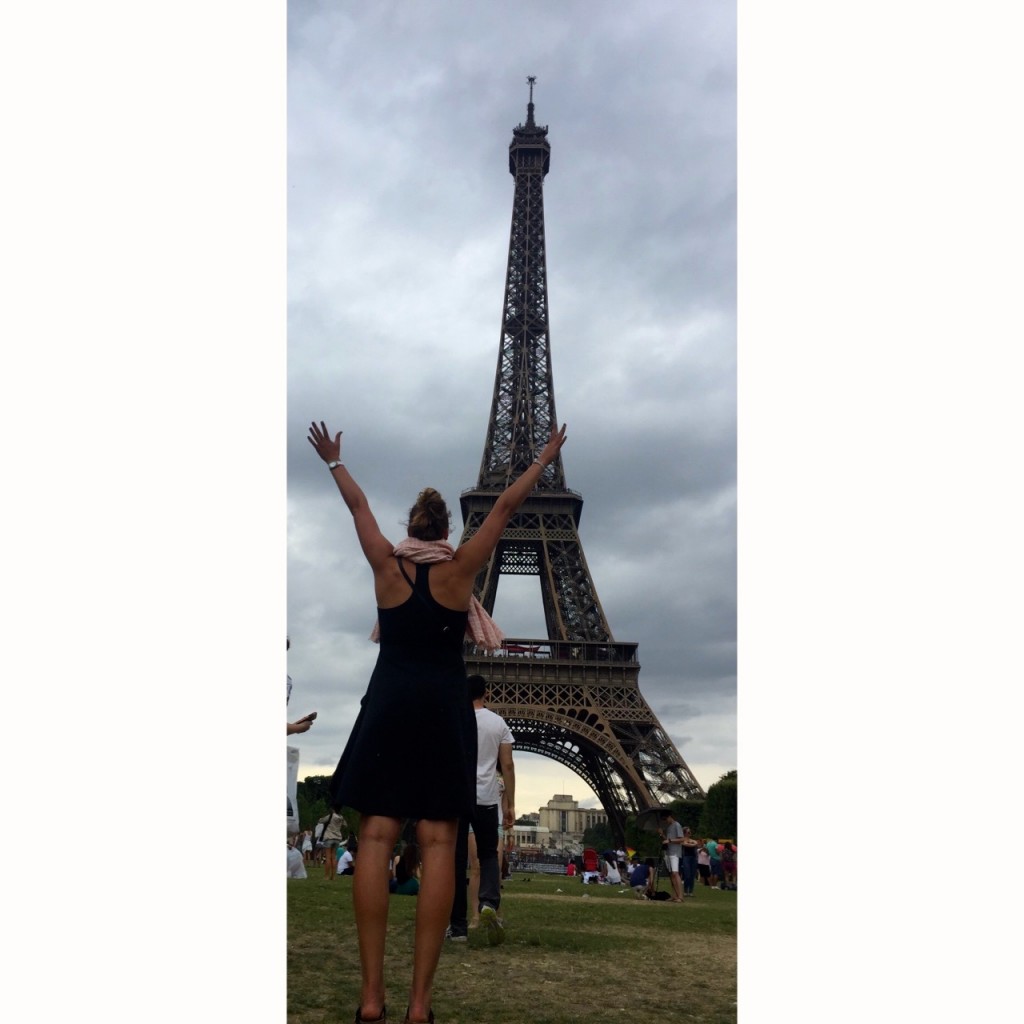 Though I had a good feeling about Paris, I was a little nervous because many people say that it is a dirty city and that the people are very rude. Sure Paris had some trash on the street, but I did not think that it was that bad. . In terms of the people, I maybe came across one rude person. I found that as long as you greeted them in French and asked if they spoke English, they were willing to help you with directions or whatever you needed. Maybe I just coincidentally talked to the right people. Whatever the case may be, I was very impressed. You could maybe even say that I was inspired. I have a friend back home who is from France, and I am going to see if he will teach me some more intensive French.

One of my favorite things about Paris was, of course, the shopping. The first evening, we went over to the Champs Elysees area by the Arc de Triomph. Though the shops were mostly all closed, I saw the Louis Vuitton flagship store. I knew that I had to come back and get my very first designer handbag. I did indeed come back to the store and was pampered for about an hour until I finally picked out and purchased the bag that I wanted. Though it may sound a bit superficial, this is a dream that I have had, and I am so glad that it could come true. 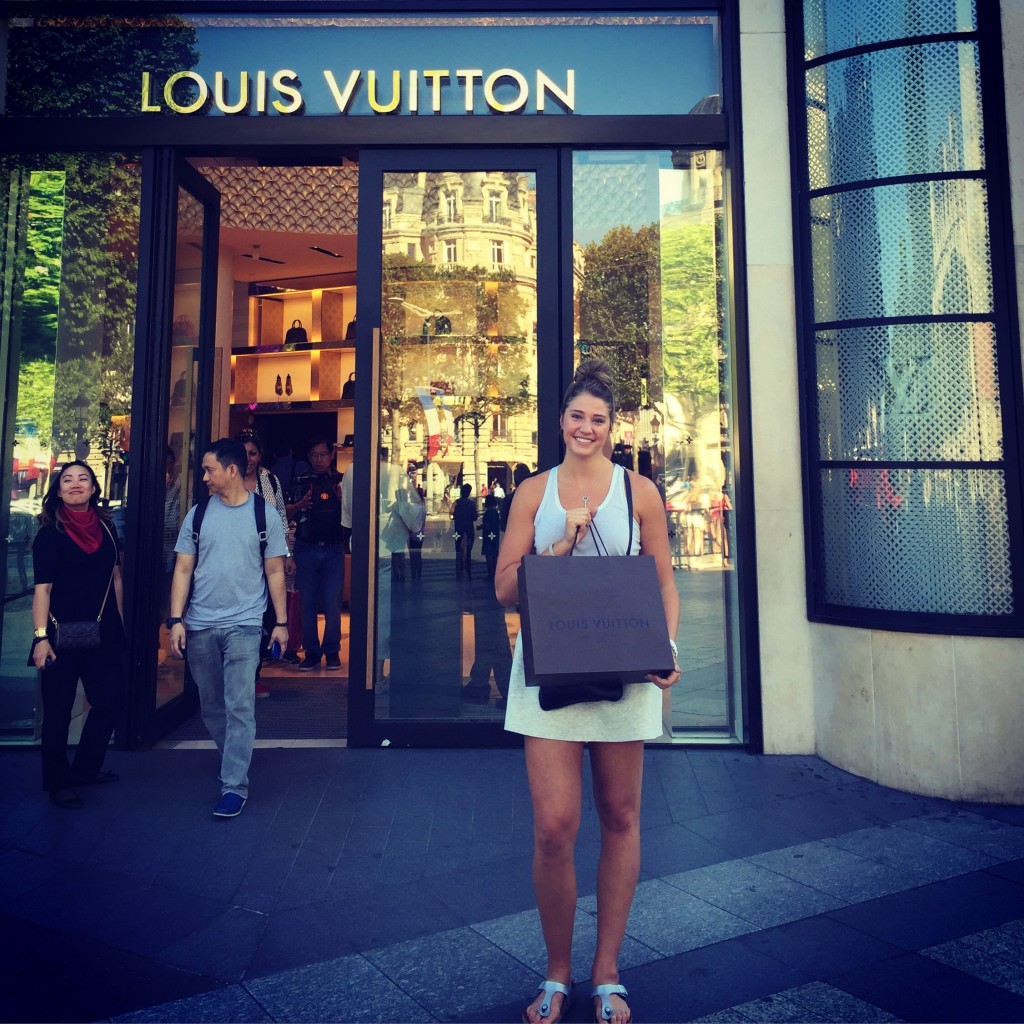 Other highlights from Paris include the Moulin Rouge, seeing the Eiffel Tower at sunset and sparkle after dark, the Love Lock Bridge, the Palace at Versailles, and strolling through the streets with no agenda other than looking at the boutiques and shops.

The food in Paris definitely lived up to expectations. From street crepes and croissants to macaroons to onion soup, I tried it all and loved every bit of it. The famous Laduree Macaroon shop not only had the best macaroons that I have ever had, but also the best espresso that I have tasted, and I have tasted a lot of espresso!

In Paris, I learned about the rich history and culture of the French, but more importantly, I learned this: life is about the chances you take—yes you have heard it a million times, but it is true! You may not always have a plan, and even if you do have a plan it doesn’t always work, but you just have to have a little faith and take a chance. I was really inspired by our host from OECD, Andrew. Coming from a Midwestern town in Indiana, Andrew thought he had a job in Paris though when he got there it turned out he didn’t get the job. He stayed, however, an even better opportunity came along, and he has lived there ever since. Some might not see that as very inspiring. But for me coming from a small South Dakota town of less than 800 people, where most kids go off to the state university and come back to take over their family farm or follow in the footsteps of their parents, this is inspiring. This is what life is about. Not being afraid to step outside of your comfort zone, take a risk, start an adventure. That is what Paris taught me and I will forever be grateful. Thank you Paris. Until next time! 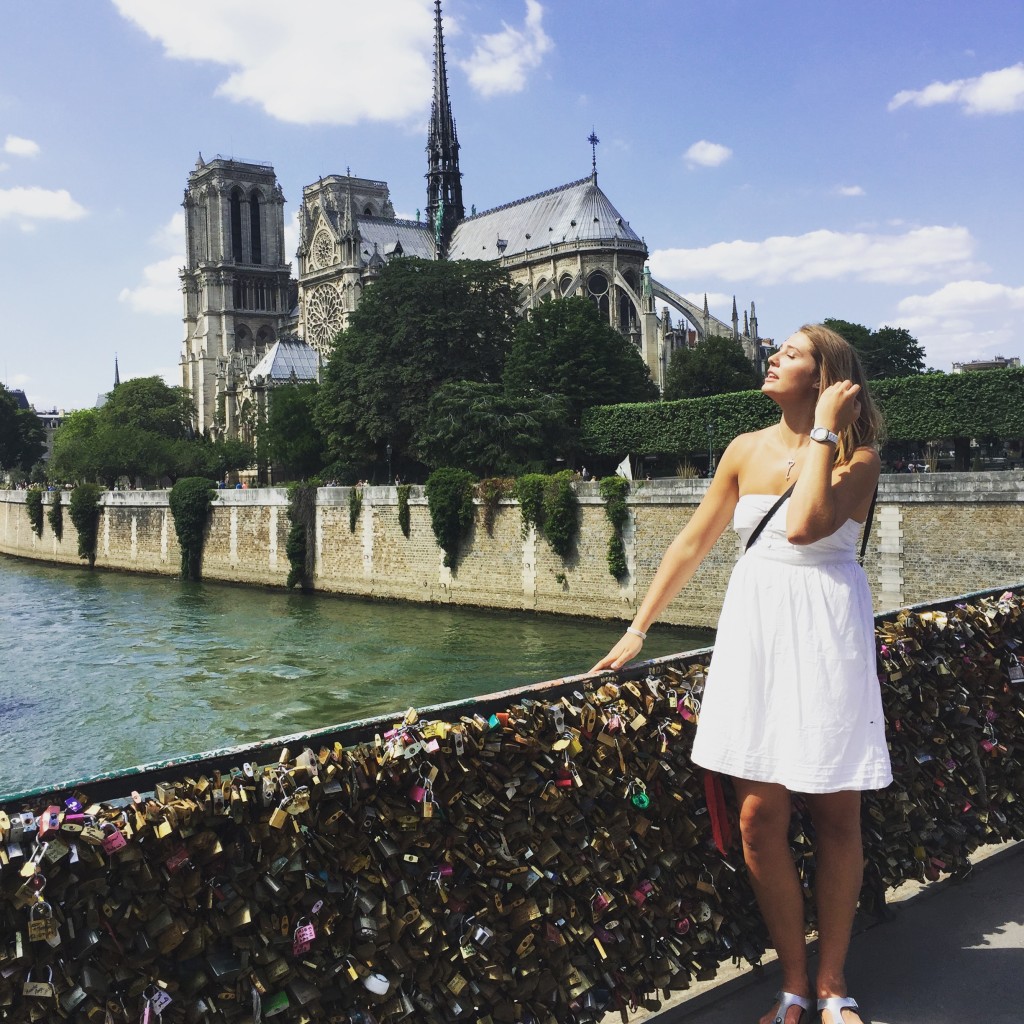 One thought on “Paris is always a good idea…and time”