We asked one of our students to share about an optional  weekend trip they decided to take while traveling with Forum-Nexus. Here’s what 2015 alumnae Gracen Tilton had to say about her time in Ibiza, Spain.

Q: Even though Ibiza is a recommended weekend trip, why did you choose to go there?

GT: I chose to go to Ibiza because in comparison to Madrid, there is more nightlife and things to do there. I also really love the beach, and knew that throughout the month I wouldn’t have the opportunity to visit the beach quite as often, so wanted to be able to have a chance to say I had visited at least one while in Europe.

Q: Describe your weekend in Ibiza. What was it like? What types of things did you do/see?

GT: I arrived to Ibiza early Friday night and checked into my hotel. Ibiza has is known for having some of the world’s largest and best clubs. That night those of us from Forum-Nexus decided to see the nightlife for ourselves. I had a great time both nights that I spent there. During the day we decided to rent mopeds and tour the island. Ibiza is a larger island. Since it’s too big to walk from one end to the other, we decided driving was the timeliest way. Moped rentals were only around 30 euros a day, which is quite a bargain; the majority of people vacationing in Ibiza drive them, as well as ATVs. Saturday we spent all day at the beach and then went out again that night. On Sunday, we visited Old Town, ate lunch, and explored. It’s gorgeous on that side of the island because of all the historical landmarks and buildings. 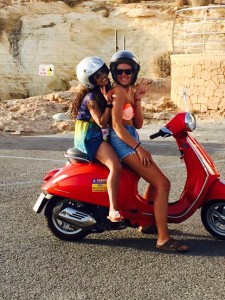 Q: Would you recommend this weekend excursion spot to future students? If so, why?

GT: I definitely recommend going to Ibiza over Madrid because Ibiza is a completely different experience than Barcelona. Since I only had one week in Spain, I felt like I needed to soak in the different areas of Spain as quickly as I could. Since Ibiza and Barcelona are so different, I figured this would be the best way to see the different parts of Spain. Ibiza is a city for the youthful, and even celebrities flock to the island for the nightlife and beaches. It’s truly paradise. 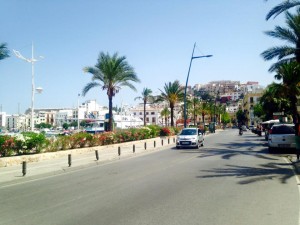 Q: What items would you suggest bringing for a weekend getaway to Ibiza? How much money?

GT: I definitely recommend bringing a bathing suit! Possibly multiple ones if you have them. Light clothes are a must, due to the very warm, humid weather both day and night. Ibiza is literally a giant beach, so if you’ve ever been to a beach, you have a general idea of what to pack. During the day I wore casual clothes. For nights, if you’re planning to go out, the clubs are very strict on what you can and cannot wear, especially for boys. No shorts!  Most clubs in Europe won’t let guys in if you’re wearing shorts; so definitely bring some nice dress pants if you plan going to Ibiza. Even if dressing up isn’t your thing, I still suggest trying it out. For girls, I would suggest cute dresses or shirt/skirt combo and heels if you’re feeling it. The nightlife in Ibiza is mostly made up of clubs, so people dress to impress. And, most of the clubs are expensive. During my weekend in Ibiza, I spent a few hundred euros which included food, hotel, cover charges at clubs both nights, drinks, the moped rental, and souvenirs.

Q: If you could go back again, would you do anything differently? Try out different parts of the beach? Restaurants? Attractions?

GT: If I could go back and do something differently, I would have tried to stay longer! Or I would have tried to book an earlier flight on Sunday. My flight was at 11:30 p.m. that night so that I was able to have all day Sunday to explore Old Town. But honestly, I was exhausted from the two awesome, but long, nights we had.  I wish I had explored more than the two beaches we visited or had tried out a party boat, or a party cruise excursion. Those are very popular in Ibiza. From what I heard, guests ride a boat cruise for 8 hours and stop at nearby islands and beaches, drop anchor and let you off to explore and swim. We weren’t able to do one due to only being there for a limited amount of time. For hotels, Hotel Jabeque was a great pick for my friends and I. There was a great pool deck area right on the beach. It’s not located too close to the clubs, but it’s next to everything else on the island. 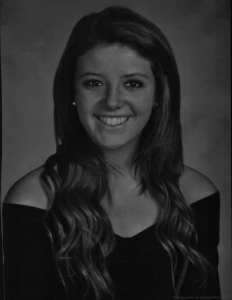